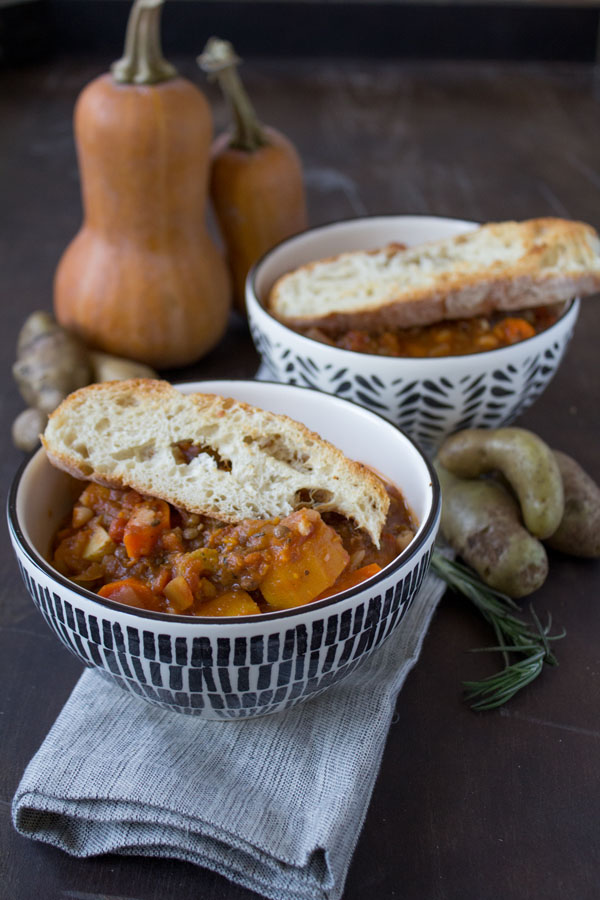 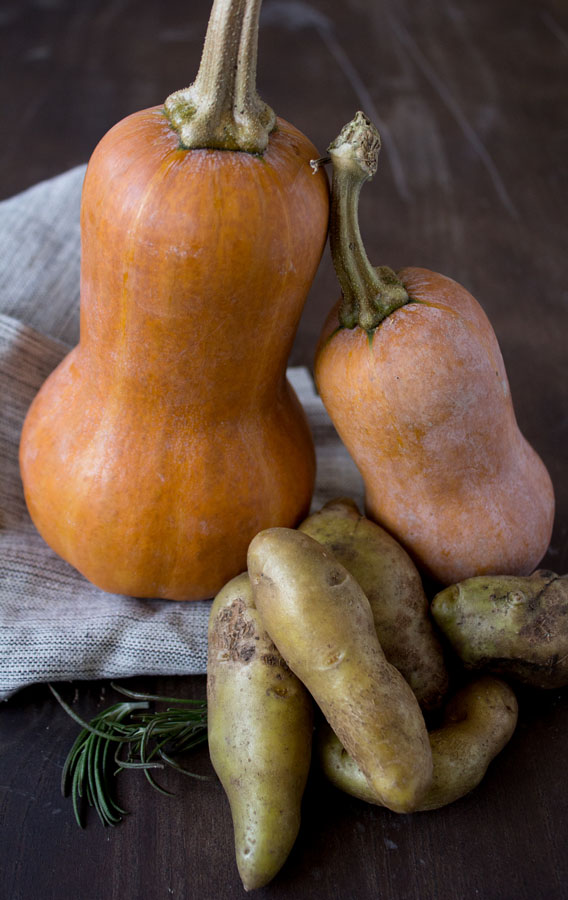 As temperatures drop I crave hearty soups with lots of starch, flavors, and depth. I love that they can be eaten for any meal of the day, and are especially nourishing for breakfast. I also like how easy a soup like this is to make. Plus, this soup is anti-inflammatory.

I fly back to New York tomorrow afternoon, and though I’m not looking forward to saying goodbye to New Orleans, I am excited to be back in my own apartment where I can settle into my cozy couch with a big bowl of this zuppa di fagioli. 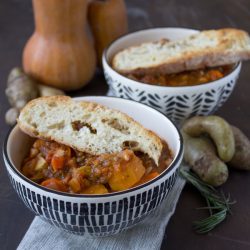 Jenné
For this soup I recommend using a cast iron dutch oven. If you don't have one, any heavy bottom large pot will do. Like most soups this zuppa freezes well, so make plenty! Also, you may have noticed the small squashes in the photo. They're called honey nut squash, and I think they are basically a mini butternut squash. However, they are sweeter and way cuter 🙂
4.88 from 8 votes
Print Recipe Pin Recipe
Prep Time 15 mins
Cook Time 40 mins
Course Soup
Servings 8

Keyword autumn, fall, winter
Tried this recipe?Let us know how it was!