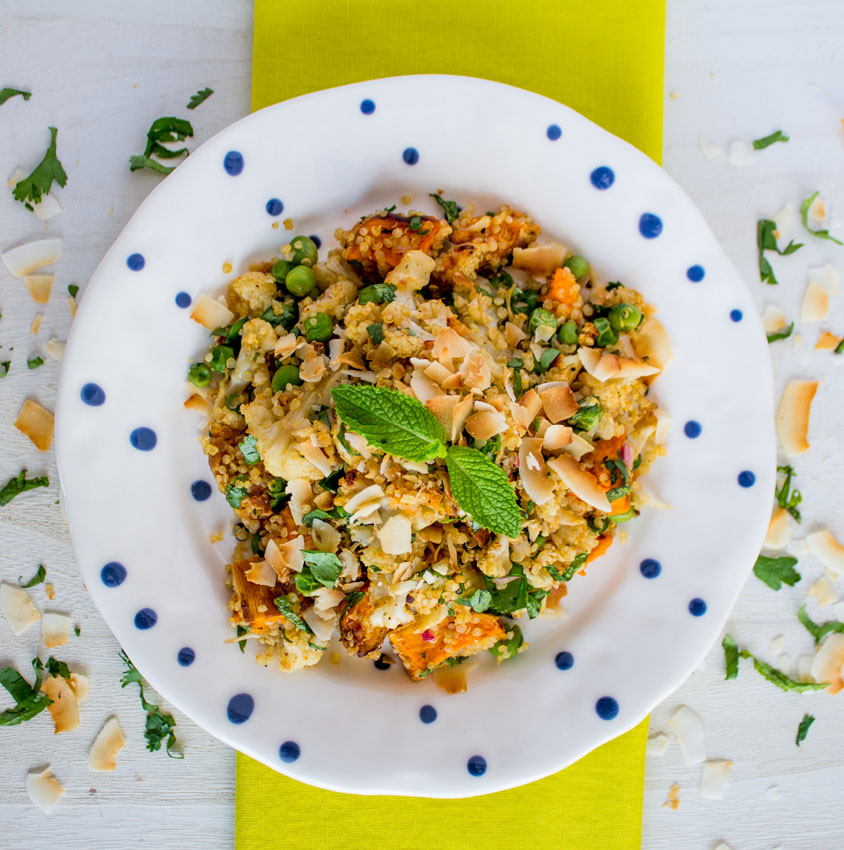 As time progresses, so do our ideas of what is morally right, and necessary. As the planet suffers the growing negative effects of animal agriculture, and activists and scientists make it undeniably clear that keeping animals in captivity only for our enjoyment is morally wrong, things will change. We kill more than 57 BILLION land animals a year. Add marine life and it’s estimated we’re killing 150 billion each year. 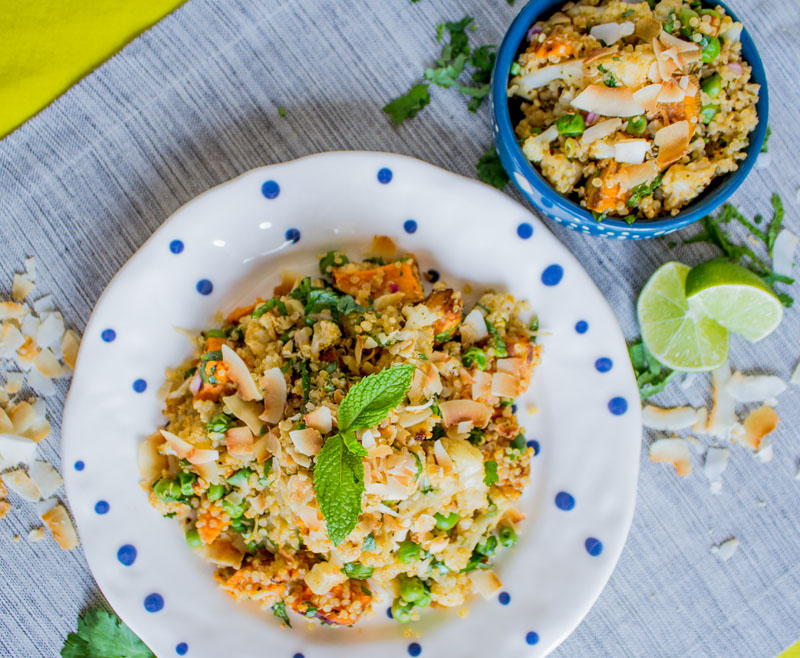 Now that we’ve talked about freedom and compassion for animals, we can talk about a delicious animal-free dish that is perfect for the 4th of July! Let me start by saying, I am obsessed with this salad. To make it you must roast the cauliflower and sweet potatoes, and despite living in a 17th floor sauna apartment with no AC in the kitchen, I have made it many times in the past 2 weeks. It’s actually worth it. If you plan on making it for Independence Day (like me), fire up the grill for the veggies. This recipe was adapted from Terry Hope Romero’s Coconut Samosa Potato Salad from her new book, Salad Samurai. I changed it up by making it less of a potato salad, and more of a cauliflower quinoa salad, which I think makes it a nutritionally well-rounded dish. There are still potatoes—sweet potatoes. I’ve made it for a handful of clients, and we all agree, this salad is the bomb! Make sure you come back next week, I’m kicking off a giveaway for Salad Samurai! 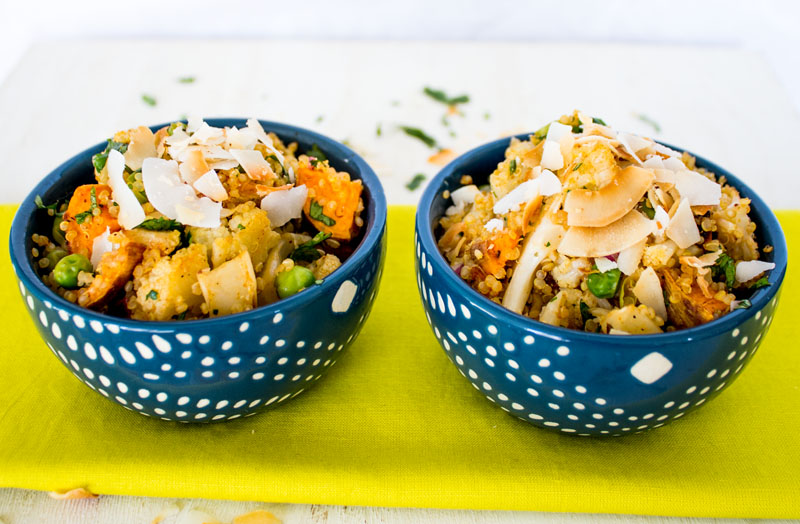 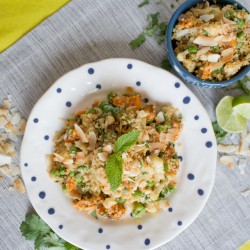