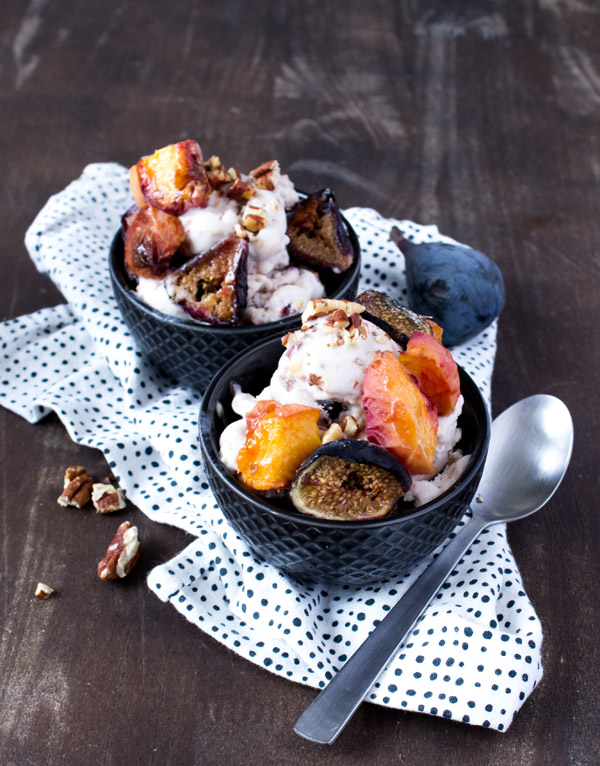 Do vegans eat ice cream? You better believe we do!! Vegan ice cream is just as creamy, rich, and delicious as the kind made from cow’s milk. It’s also a lot healthier, and requires no animals to be harmed in the making ❤️🐮 Horray!!

This summer my most requested recipe has been ice cream! I finally purchased an ice cream maker, and started thinking about all of the varieties I could make with it. Since I’m allergic to cashews, I knew I would use coconut milk for the base. And it had to be a creative ice cream using seasonal ingredients, yet easy to make. That’s how I landed on roasted peach and fig with toasted pecans! 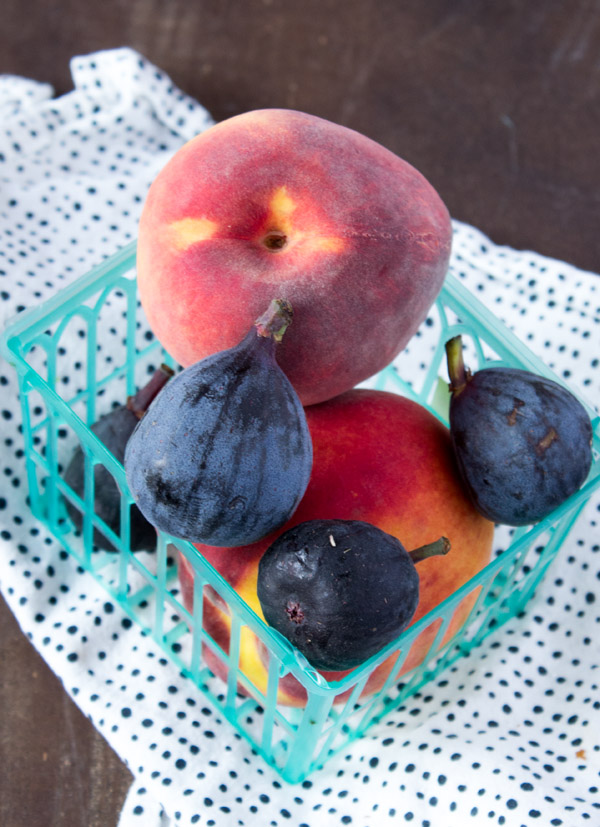 Both peaches and figs are in season, adding all sorts of purpose and joy to my life! I’m probably spending more money on these two fruits than any other groceries right now. I munch on sliced peaches first thing in the morning, and snack on figs before I go to sleep at night. They’re both luscious and decadent, and so sweet! And their textures…I just can’t get enough!

I chose to roast the peaches for this ice cream in order to bring out even more of the richness of their flavor. The toasted pecans add crunch and that signature buttery nuttiness. I’m really patting myself on the back for this one! 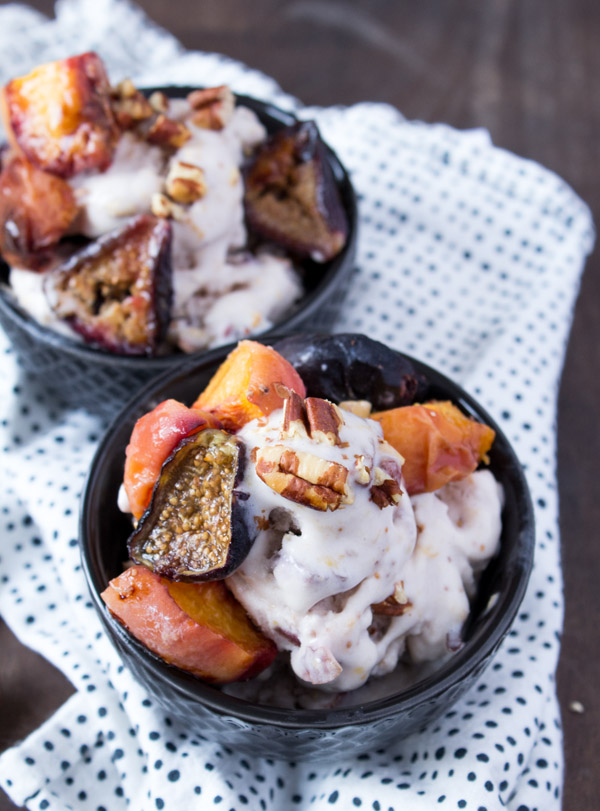 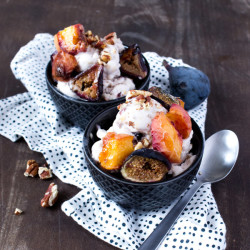 Jenné
This vegan ice cream is best when made in an ice cream maker. The recipe requires that you let the coconut milk base of the ice cream cool at least 8 hours, and that the ice cream freezer container be fully frozen before use. Plan ahead 🙂 Cashew milk can be substituted for the full fat coconut milk.
No ratings yet
Print Recipe Pin Recipe
Course Dessert
Servings 2