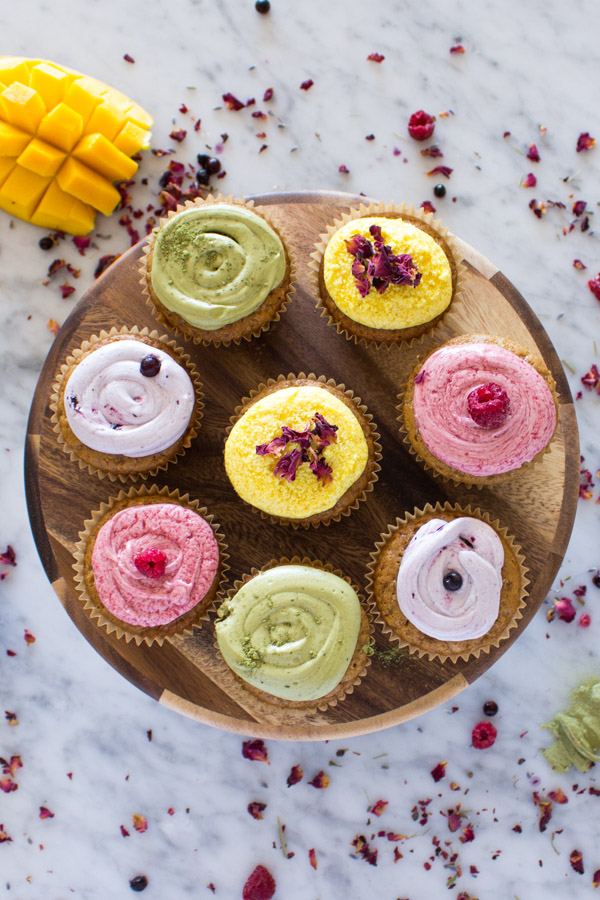 Does vegan baking still have a stigma of being bland, dry, and boring? I hope not. Since becoming vegan 5 years ago I have eaten the most delicious baked goods. Next to my Nana’s baking, no non-vegan dessert has compared to the level of blissfulness I experience when eating a homemade vegan cupcake, chocolate mousse, or pecan pie. I’ve even had incredible vegan French macaroons, croissants, and old fashioned donuts. Vegan desserts are really giving the traditional stuff a run for its money 🙂 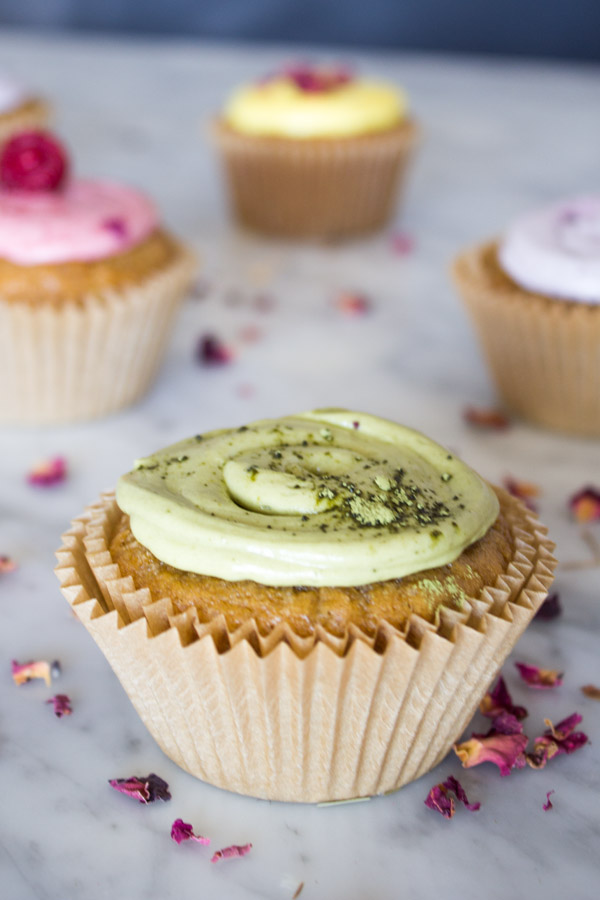 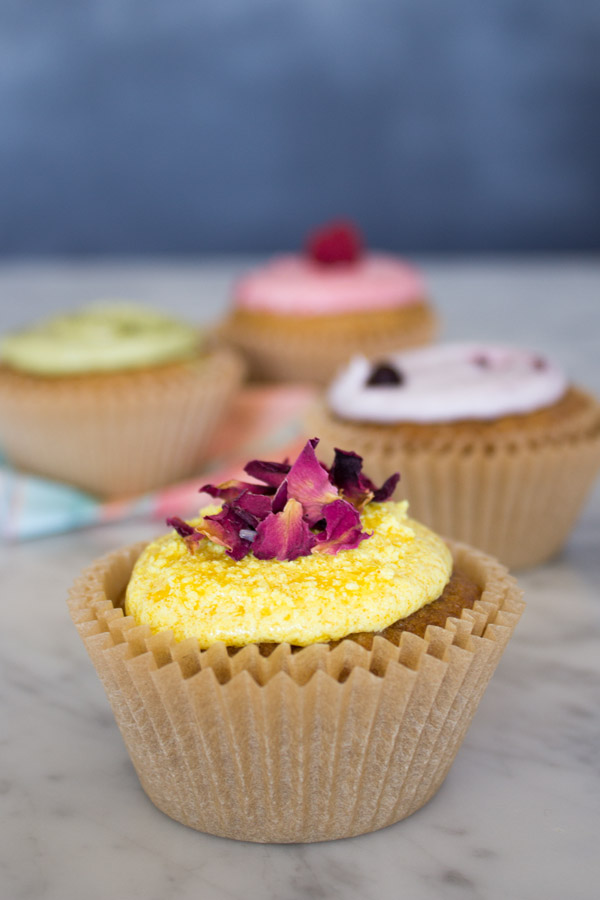 To make these super fluffy and moist cupcakes I used Chloe Coscarelli’s vanilla cupcake recipe. It is perfection. How do you make something perfect even more incredible? You add colorful icing made with homemade food coloring!

Of course I don’t use artificial food coloring. That stuff has been linked to cancer, hyperactivity, and asthma. Plus, artificial food coloring doesn’t has any flavor. Alternatively, my DIY food coloring adds a touch of flavor to the icing. My favorite one is definitely the green matcha color/flavor. All four colors are easy to make. For the red I used beet reduction––I boiled beets and reduced liquid. For the yellow I used mango puree and turmeric powder––what an amazing “exotic” flavor it gives. The purple is made with the liquid from thawed frozen blueberries, and of course the green is just matcha powder, culinary grade. 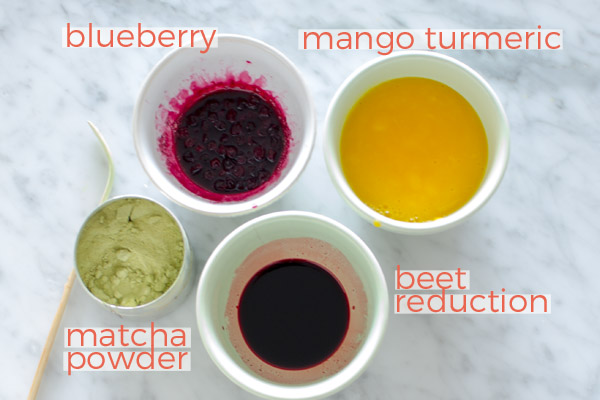 Now go make you some! 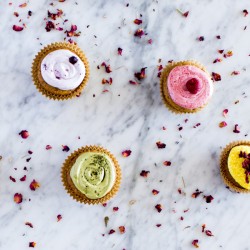 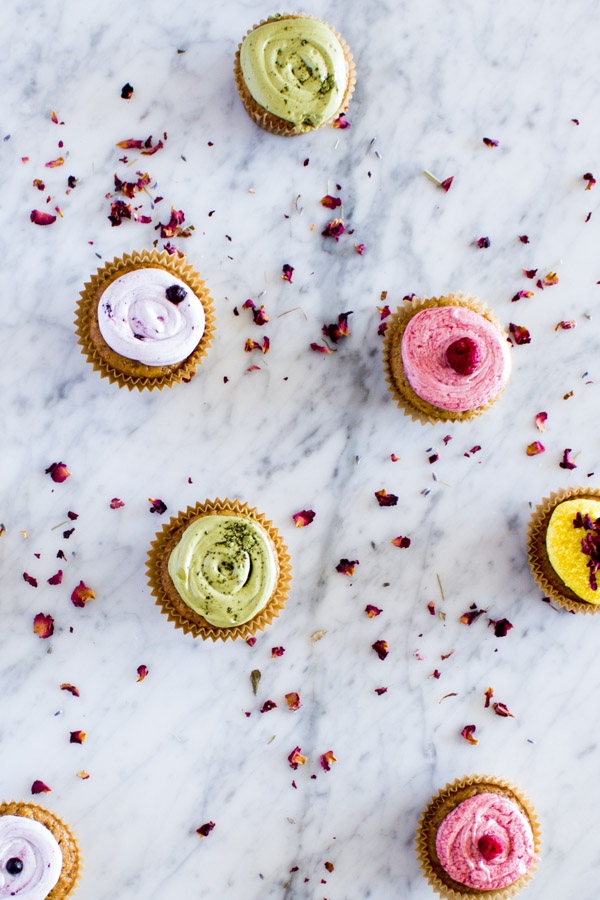 What did you think of these vegan cupcakes?! Comment below 🙂 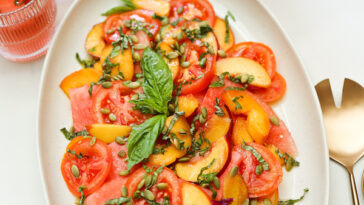 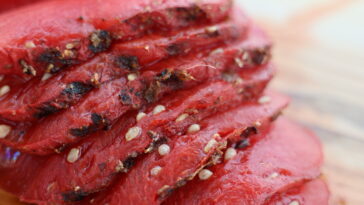 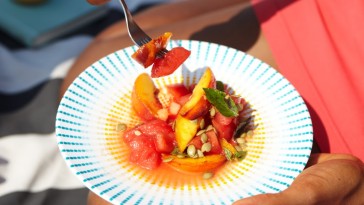