My dad grew up vegan. Weird, right? Back in the 60s & 70s when most vegan and vegetarian food tasted like cardboard, and the people eating it were mostly hippies, my dad was abstaining from all animal products. No, it wasn’t his childhood decision to go against what everyone else was doing. His family was part of the Hebrew Israelite community (a group of people, mostly African Americans, who believe they are the true descendants of ancient Israelites). They do some pretty extreme (by our standards) things, including following a strict vegan diet and having multiple wives. I’m not down with having multiple wives; HOWEVER, I’ll get behind a vegan diet any day!
My dad worked at, and managed, a Hebrew Israelite vegan restaurant in Atlanta in the 80s. He describes their food as being pretty unhealthy to cater to non-vegan blacks, but he still makes a couple of the delicious healthier dishes.
As a kid I didn’t like any of his vegan dishes, but now I’m crazy about them. He makes an amazing vegan lasagna and this crazy tasty nutritional yeast dressing. (I’ll get both recipes from him next month when I visit Atlanta!) Nutritional yeast has always been in my world, yet I had no idea what it was. Fast forward a decade, and it’s now one of my favorite ingredients.
I feel like I was born to be vegan. I guess I was born to love nutritional yeast too. It’s in my blood.
As I describe in the video, nutritional yeast is healthy, delicious, and versatile. When people ask me where I get my protein I often mention nutritional yeast because it has 9 grams in just 2 tablespoons. When people ask what to do about their cheese cravings I point them to nutritional yeast. It’s an all around wonder food!
Here’s the recipe I swear by for perfect stovetop popcorn with nutritional yeast and coconut oil! Watch me make it here!! 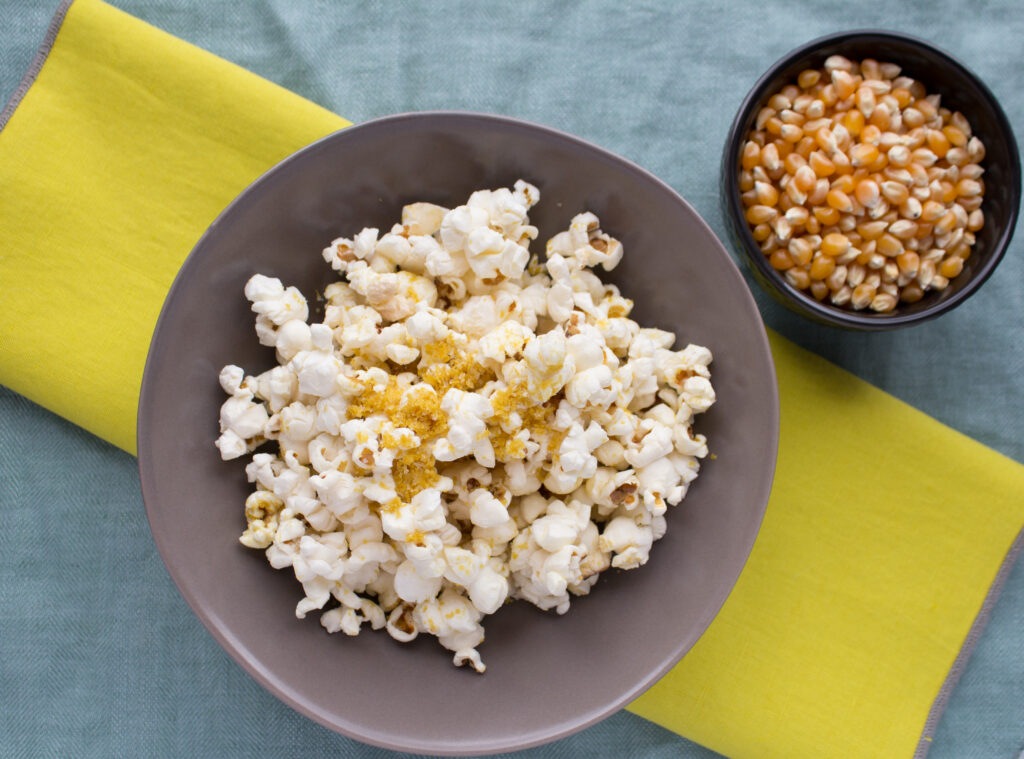 Perfect Popcorn
Cook time: 7 mins
Total time: 7 mins
Serves: 2
This perfect popcorn recipe is adapted from Simply Recipes. I’ve been using it for years! To make this you’ll need a large pot or sauce pan with a lid.
Ingredients
Instructions
3.2.2807

Tag someone you know who needs a Watermelon Margar

What do these things have in common? They’re all

I was trying to plate these noodles all beautiful-

I love Spring 🌷 And this week on my YouTube I s

You can’t go wrong with this Sweet Potato Red Le