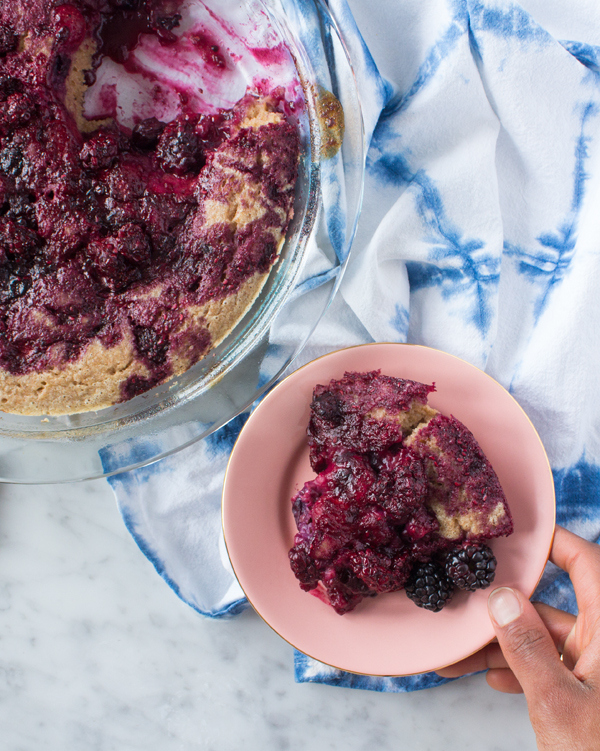 Down south where I’m from we love our fresh fruit, especially peaches, watermelon, and blackberries. We make jams, pies, cobblers, and sauces with peaches and blackberries, and save watermelon rinds for pickling (a recipe I intend to share this summer). Try as people might to say that Southern cuisine is all white sugar, meat, and butter, the absolute truth is that produce is traditionally at the heart of the region’s food.

As American food became industrialized, so did Southern food. Meat became cheaper thanks to factory farms, small family farms were gobbled up by big agro, and people even stopped gardening in their own yards. In the case of black folks, the Great Migration—the more than half century long exodus out of the Jim Crow south, and to the north and western United States by black people—meant that people were moving to big cities where space was extremely limited, and even small gardens rare. In the 1950s Black people, who traditionally maintained a plant-based diet rich in whole grains, dark leafy greens, and legumes began to rely on industrialized packaged foods and meat products. 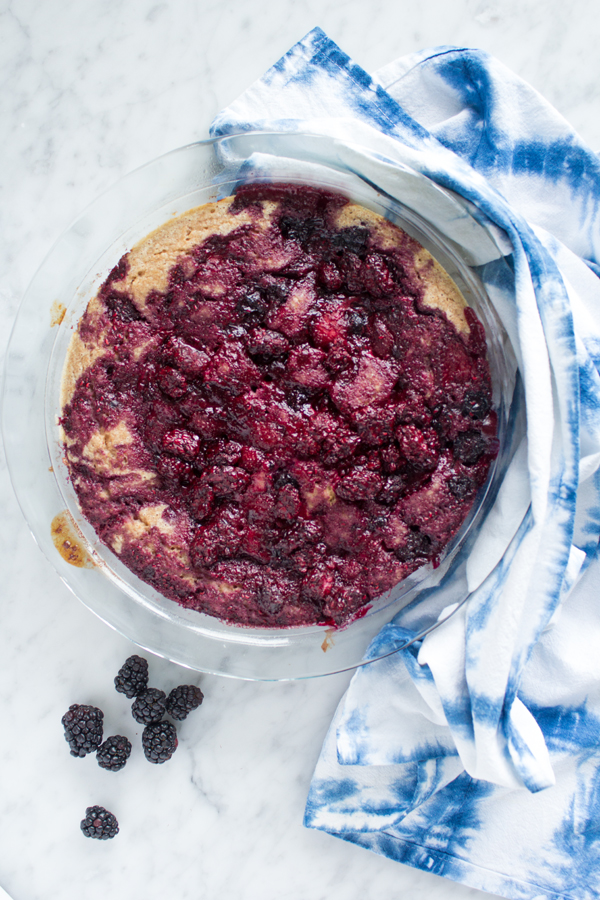 Even some soul food home cooks went from making all their food from scratch to using store-bought mixes for everything from filling to cornbread (hello, Jiffy). The price of convenience meant less fresh food, worsened health, and weakened connection to traditional and local food. It has also meant that we’ve foolishly given up almost our entire food system to corporations who obviously only care about profit. Along the way we seem to have forgotten the importance of eating wholesome foods like fruits and vegetables.

Finally, it seems like the tide may be turning, at least for more privileged folks like myself who can hopefully speak loudly enough so that the masses will hear the good news: you can eat delicious and comforting food without sacrificing your health or tradition. 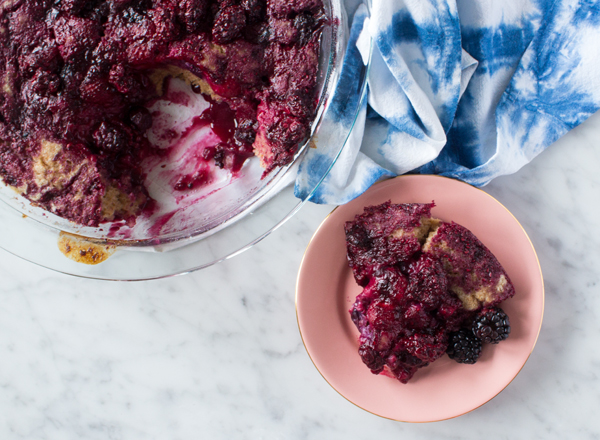 I usually make a traditional peach cobbler, only using coconut milk instead of animal milk, but I’ve got a recipe for that in my upcoming cookbook (Feb 2018). This recipe is a twist on that Southern classic. Instead of white flour this recipe calls for wholesome spelt flour which is in the wheat family. Whole spelt has more protein and fiber than all-purpose flour. I’ve definitely lost my taste for extremely sweet desserts, so I really cut back on the sugar. Still, this dessert is absolutely delicious and full of flavor. The sweet and slightly tart blackberries are a great replacement for peaches. If you can get your hands on some fresh local blackberries, use those. Otherwise frozen blackberries or a berry blend will work too. Top with a dollop of coconut whip cream for vegan ice cream, for the ultimate soulful treat.

Blackberry Cobbler | Vegan Soul Food
Print
Prep time
10 mins
Cook time
35 mins
Total time
45 mins
This blackberry cobbler is super easy to make but it does need to bake for about 40 minutes. I assure you this fruity dessert is worth the wait.
Author: Jenné
Serves: 8
Ingredients
Instructions
3.5.3226

What’s your top destination you want to visit po

I devoured this Sriracha Tofu Buddha Bowl so fast!

It’s summer! We have no business turning the sto

#ad Whoever invented overnight oats was a genius.

What is your favorite bean? Currently mine are the

Raise your hand if you made these green chili ench

Pool day 🐳🍉😎 What are you getting into th

Drop everything and make these Green Chili Chik’