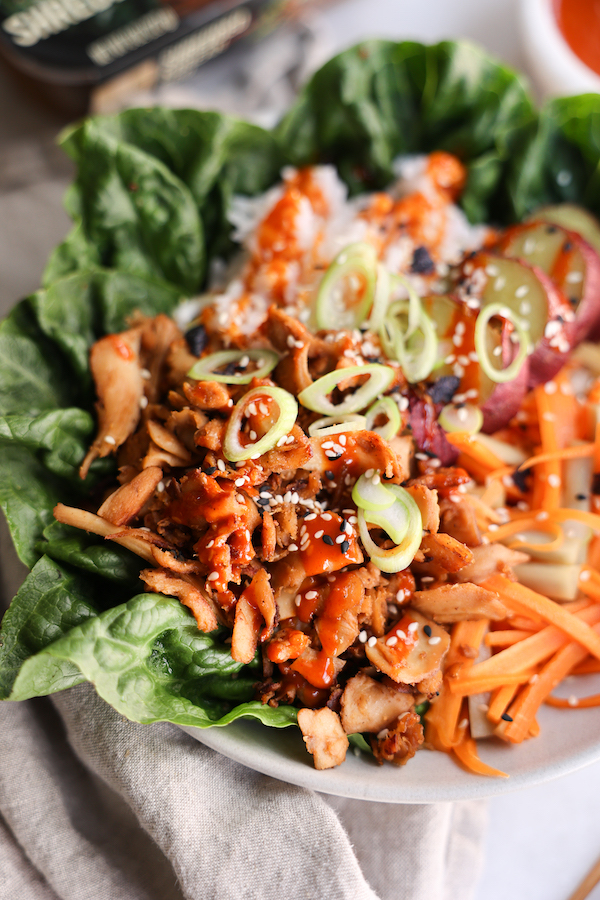 Get ready to be wowed by the flavor, texture, and color in this vegan Bibimbap Bowl! My take on a classic Korean Bibimbap includes a savory carrot and burdock root salad, roasted Asian sweet potatoes, fluffy white rice, and meaty marinated vegan “chicken”. Top it off with spicy gochujang sauce, kimchi, and sesame seeds for the ultimate bowl! 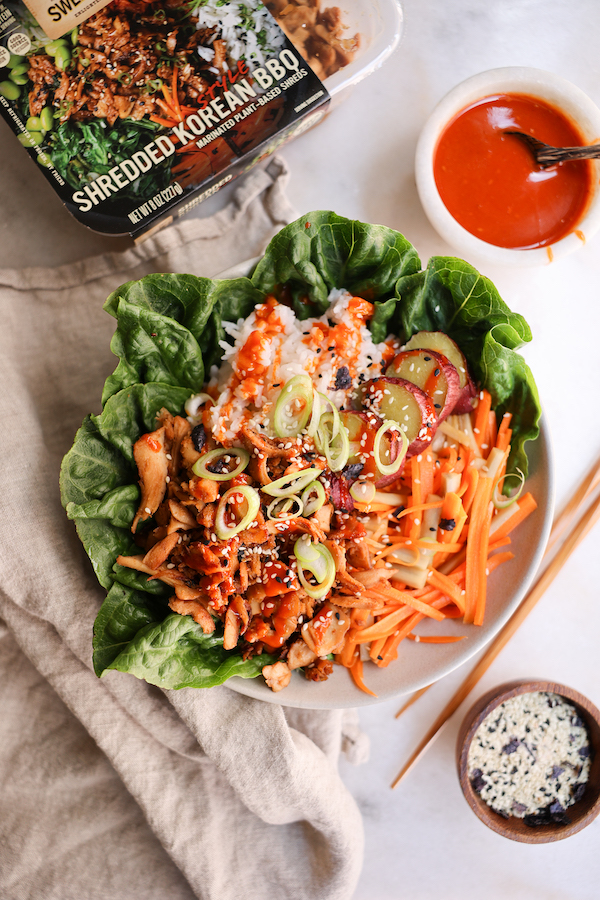 I’m always in the mood for this delicious, colorful, and nutritious vegan Bibimbap bowl. While bibimbap comes in many variations, being that I’ve only ever had Korean Bibimbap at one restaurant––New York city’s incredible Hangawi––I feel a bit more comfortable saying that this bowl is inspired by bibimbap. Classic Korean bibimbap is a hot entree made with an assortment of sautéed vegetables, meat or mushrooms, kimchi, spicy red chili paste called gochujang, and soy sauce. Every bite is wildly satisfying!

For my take on bibimbap, I created a succulent carrot and burdock root salad, and served it with roasted sweet potatoes, rice, and vegan marinated chicken. For the chicken I used Sweet Earth Shredded Korean Style BBQ Mindful Chik’n. It’s my favorite of their vegan chik’n because it’s both sweet and spicy, and has the perfect tender yet meaty texture. While this blog post isn’t sponsored, I did create this recipe in 2020 as part of a sponsored post for Instagram. I just love this recipe so much, I had to share it here on the blog!

How does a Korean Sweet Potato Taste?

You can use either sweet potato for this recipe, but I especially love Korean sweet potatoes. While they aren’t as high in beta-carotene, Korean sweet potatoes are a good source of magnesium and fiber. Korean sweet potatoes have a drier texture. When cooked, it tastes very sweet with a creamy and soft texture. The sweetness makes them perfect for desserts and savory dishes in Korean cuisine due to their chestnut-like natural flavor. Its sweet flavor is an excellent companion to the Korean BBQ flavors in this Bibimbap bowl.

Native to Northern Asia and Europe, though it grows in the United States, burdock root is used in not just foods, but also medicines, so it has excellent additive benefits. It is a powerhouse veggie that provides energy, protein and fiber.

Burdock root has a crunchy texture but is naturally sweet. The root also has a natural/earthy flavor but can have a nutty flavor that pairs well with rice or potatoes. It’s popular in Asian dishes, which goes nicely in stir-fries, this Bibimbap bowl, and soups. Burdock root can also be peeled, sliced, and eaten raw!

Burdock root is a versatile herb and easy to prepare. Simply cut the top and bottom of the root to reveal the white inside and chop it into thin rounds, small cubes, or matchsticks. Once it’s been cut and exposed to the air, it will turn brown, so it’s best to put them in a bowl of water with a drop or two of vinegar.

This great recipe is a fun and easy meal to make, as easy as 1, 2, 3! The flavors of these ingredients will have your taste buds dancing. This bibimbap bowl is perfect for meal prep because all of the ingredients will stay fresh in the fridge all week. The carrot and burdock salad will get better and better as it marinates.

Try these other knockout vegan bowls next: 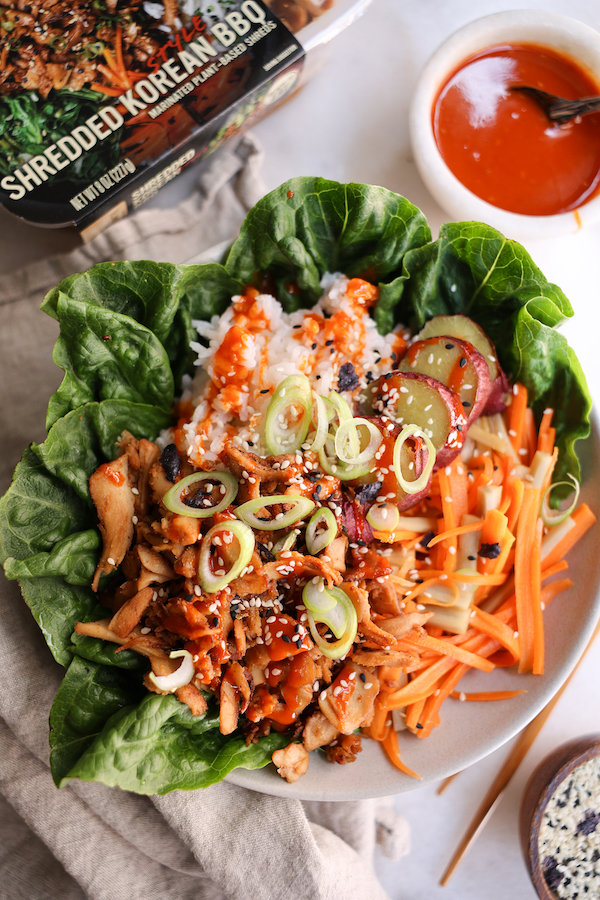 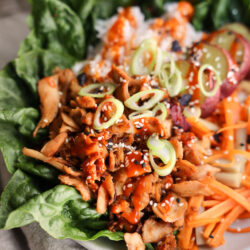