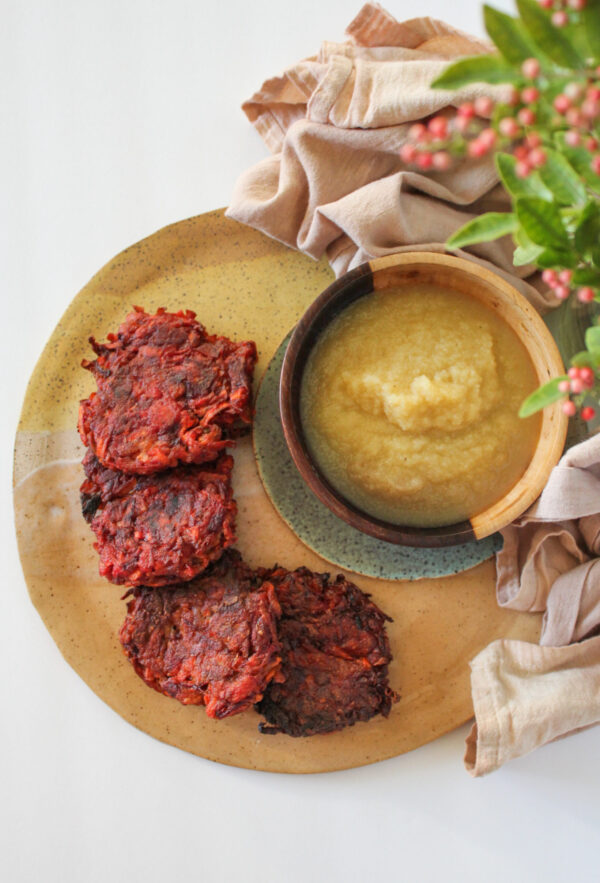 Hanukkah sameach! December 18, 2022 begins the eight days of Hanukkah observation. There are many Hanukkah traditions to celebrate over the next eight days, like lighting the menorah, playing dreidel, giving gifts, and eating delicious fried food! One of my favorite Hanukkah foods are these sweet potato beet latkes. 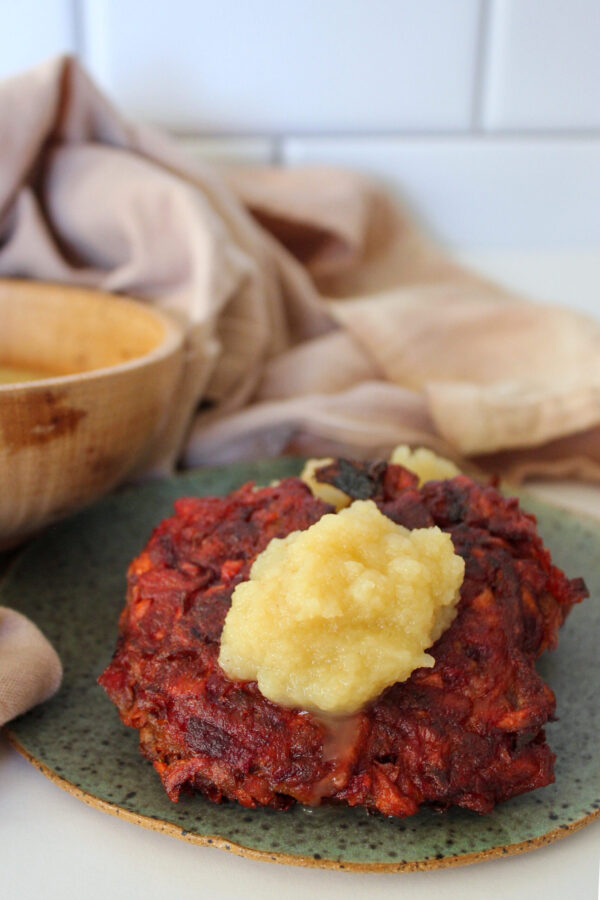 Baby J’s dad is Jewish, and I love joining the celebrations, too. Tradition can be difficult to follow if you also follow a plant-based lifestyle. Many traditional Jewish foods contain animal product, like brisket. But a couple years ago I created a vegan Hanukkah menu that we still use–including these sweet potato beet latkes. 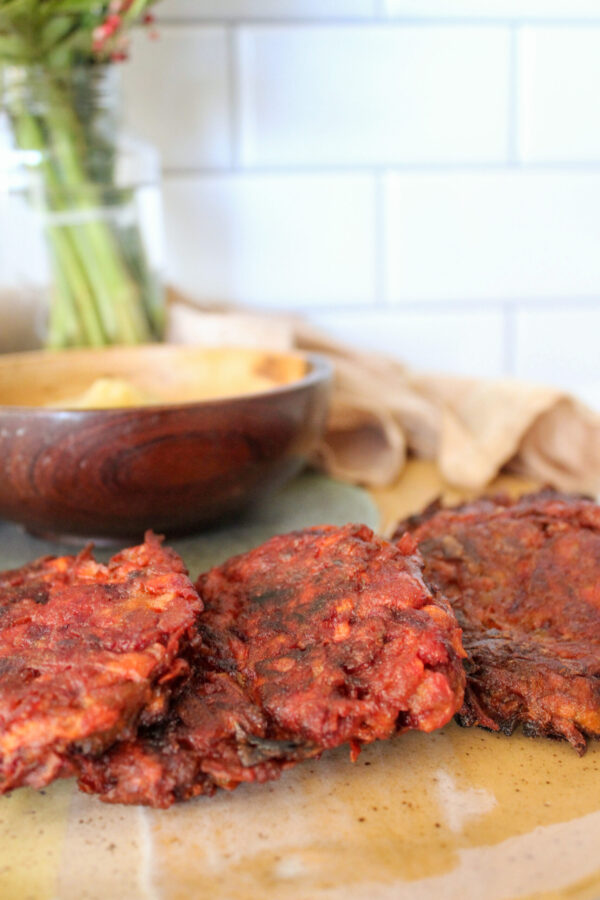 Latkes, pronounced laat-kuhs, are a type of potato pancake traditionally made to celebrate Hanukkah. Some contain cheese or are eaten with sour cream, so I created this vegan version to avoid any type of conflict. Latkes are fried, crispy, so flavorful, and eaten with a surprising side; applesauce! The earthy beet and savory onion and potato blend perfectly with the sweet applesauce side.

My other Hanukkah menu items are a parsnip bisque with rye croutons, seitan brisket with mushroom gravy, and apple cider baked donuts and cupcakes for dessert. How delicious does that meal sound?! Want the recipes? Click HERE to sign up for my newsletter and watch for a special edition going out Sunday morning, December 18. Plus, I send out two newsletters a week with popular vegan recipes and my favorite vegan products. 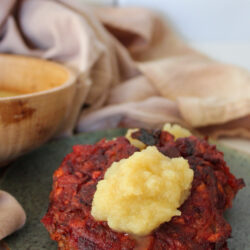 Jenné
These are so good. Aside from the arm workout you'll get when grating the veggies, they're also easy to make. Recipe easily doubled. The veggies should all be about medium sized.
5 from 3 votes
Print Recipe Pin Recipe
Prep Time 20 mins
Cook Time 20 mins
Total Time 40 mins
Servings 6 people

What are your family’s favorite Hanukkah traditions and foods?